KATHMANDU, Aug 20: Dr Govinda KC, who has been fighting against the anomalies and aberrations in the medical education and health sector, joined a demonstration held in front of the Prime Minister’s official residence in Baluwatar today.

Addressing a gathering of demonstrators on the occasion, Dr KC warned that he would sit for a fast-unto-death for the ninth time if the agreement reached with him was not implemented. He emphasized on the need of implementation of those agreements in order to ensure access of all to quality and accessible health education and medical service.

Nepali Congress MP Surendra Chaudhary on the occasion expressed the commitment to hold a discussion on impeachment against the CIAA Chief in the parliament, while describing Dr KC’s demands as pro-people.

Writer and activist Khagendra Sangraula said it was a conspiracy against democracy for the MPs to not the raise objection over the CIAA chief’s act to go beyond his jurisdiction.

More than a hundred people were present on the occasion, carrying placards and chanting slogans in favor of the issues raised by Dr KC, and the need to put the agreements into practice.

A large number of security personnel had been mobilized in the area to stop the demonstrators from entering the prohibited zone. 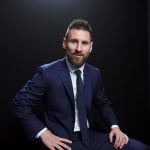 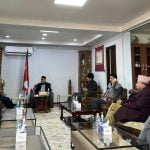 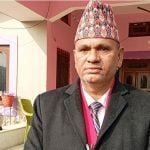