Dolakha, Sept 1: Two persons died and as many as five have gone missing in a landslide which occurred at Choytchoyt, Lamabagar-4 in Dolakha district on Wednesday night.
The deceased has been identified as 20-year-old Jotu Tamang while the identity of another person is yet to be established, according to Chief District Officer of Dolakha Pushparaj Adhikari.
Similarly, the disaster triggered by continuous rain last night has also swept away four houses in the locality, Armed Police Force (APF) , Lamabagar said.
Likewise, police rescued a local and an elderly Chinese national from the spot of accident, said Khem Bahadur Thapa Magar, Deputy Superintendent of Police at APF, Lamabagar.
Injured in the incident were Min Bahadur Thakuri and the Chinese national named Chi.
The road in Singti at Tamakoshi area has been disrupted following the disaste. 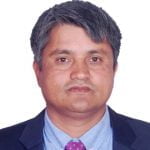 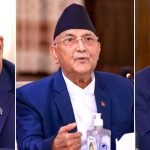 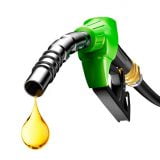