These are my own words, based on my own ideology over Politics in Nepal. We, nepalese always think politics is just a dirty game. And the politicians are stupid, illiterate and corrupt.

The politics of Nepal was not brought from US or England. It was developed and practiced hundreds year ago within our own native land. Many legends had given their life in the name of the nation. Our martyrs were hanged and killed by the autocrats. Many patriot died in different revolution of the nation. Many politicians, too have struggled so hard. They had been jailed. Some of their tongue has been cut and given a lot of pain. And even some of the nepalese politicians had a good role in making India independence from English regimes. We are proud today, we are Gorkhas just because of our legends of the history.

But, today’s politicians are not the politicians. They just play the game over us. Fights, not for the nation but for the chair, post and money. They are all corrupt. A good politician is the guardian of their citizen. So, every citizen must be aware of the situation of his/her nation. But what we do is, mostly the youths, ‘I don’t have interest over politics. I just hate it. That isn’t my concern.’ But NO, you can’t do this. I’m not telling you to keep interest over politics. What I mean is you are a citizen of your nation so, if you fight for your right? First, think of your duty towards your nation. At least, you must be concern about what’s going on? We are the futures of our nation. If not us, who? And my theme is, the country’s situation isn’t the politics.

And politics is not just parties. Politics is the practice and theory of influencing other people on a civic or individual level. Acc to Aristotle, Politics is the science of good sense applied to public affairs or affairs of the state. And the political party is an association of like minded people having the common political objectives or aims, programs and principals or political ideology. Thank you! 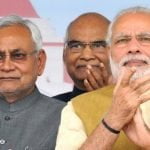 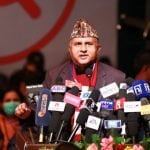