MORE than a hundred women stripped naked and posed with mirrors as part of a bizarre art installation meant to prove Donald Trump is unfit for the White House.

Artist Spencer Tunick is known for his startling images of the naked body, hitting the news earlier this month for his Sea of Hull project in which thousands of men and women stripped off and painted themselves blue.

Now just weeks later, his next installation saw a group of 130 women bare all on the eve of the Republican National Convention in Cleveland, Ohio.

Writing on his website, Mr Tunick said: “Republicans, Democrats and all other political parties were welcome to take part reflecting their anger through art against the hateful repressive rhetoric of many in the Republican Party towards women and minorities.

“Donald Trump and Mike Pence are giving many in America the belief that is OK to hate.”

Entitled Everything She Says Means Everything, the photographs feature women holding large mirror discs claiming to reflect the “knowledge and wisdom of progressive women and the concept of Mother Nature”.

One hundred women will appear in the final result, which will be unveiled shortly before the November 8 election, but more than 1,800 initially signed up to take part.

Morning Robinson, 18, took part with her mother “to do something a little different” before going off to college.

She said: “Republicans have this view of how women should be in society and I just don’t agree. 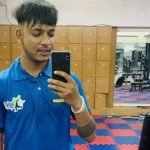 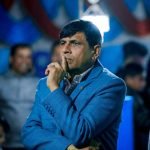 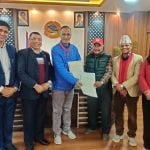